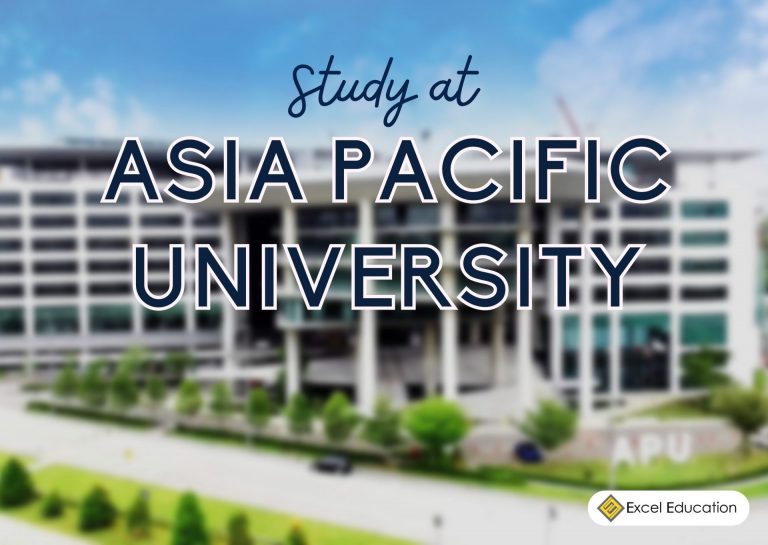 The Asia Pacific University of Technology and Innovation (APU) which is located at Bukit Jalil, Kuala Lumpur, Malaysia is recognised as one of the premier private universities in Malaysia. It is where an innovative and effective combination of technology, creativity, and entrepreneurial spirit is used to train students for significant roles in the business and social sectors of the global community. As a result of its successes in winning a plethora of outstanding accolades at both the national and international levels, American Pacific University (APU) has garnered the enviable distinction of being an award-winning university.

APU is the first university in Malaysia to get an overall rating of Five Stars Plus from the most recent set of QS Stars Rating awards. These honours were given out at the QS Apple Conference on November 1st, 2021. To be awarded the Five Stars Plus designation, an institution must first acquire the maximum possible score on the QS STARS benchmarking system and five stars in every category. There are only 19 colleges in the world to get this honour, and APU is one of them. According to the QS World University Rankings – Asia 2022, Asian Pacific University is ranked in the top 30 universities for having an international faculty and is in the top 3 universities for the number of international students enrolled. The most recent edition of the QS Asia University Rankings 2022 places APU as one of the Top 10 Private Universities in the region.

The institution has earned a strong reputation for being able to provide education of the highest calibre, particularly in the area of digital technology, so as to satisfy the requirements of customers in both the local and the international markets. APU is able to provide students with a truly cosmopolitan learning environment thanks to the fact that its Malaysian campus is home to more than 12,000 international students hailing from over 130 different countries. This helps students develop the skills they need to successfully navigate the global challenges that lie ahead.

The university provides students with access to a wide variety of educational opportunities, including those at the pre-university, undergraduate, graduate, and even certificate levels. These are the list of study fields APU provide:

Contact us now to know more about which studies for you!

A scholarship is a wonderful opportunity to make the most of your time as a student, to meet individuals with whom you may grow your professional network, and to have more flexibility in terms of your finances. They have a scholarship that will fit your needs, whether you are someone with a lot of enthusiasm and drive or someone who is only searching for a little assistance.

The following are a few choices from the long list of scholarships provided by Asia Pacific to its undergraduate students:

Get in touch with us for more details on the available scholarships.

Why Should You Study at the Asia Pacific University

In the most recent round of the QS Stars Rating awards, APU was given an overall rating of Five Stars Plus, making it the first university in Malaysia to do so. There are only 19 colleges in the world to get this honour, and APU is one of them. The most recent edition of the QS Asia University Rankings 2022 places APU as one of the Top 10 Private Universities in the region. According to the QS World University Rankings, APU is ranked in the top three for universities with the most international students, in the top five universities for inbound exchange, and among the top 30 universities for international faculty. APU has been recognised as one of the Highest Rated Emerging Universities in Malaysia, and the Ministry of Higher Education’s most recent SETARA Ratings have awarded the university with a rating of 5 stars for excellent performance (MOHE).

The partnership between APU and De Montfort University (DMU), located in the United Kingdom, enables students to receive Dual Awards, which are separate degree certificates from each institution. This not only improves students’ opportunities for teaching and learning but also their career prospects. The APU-DMU Dual Degree Programs are offered under an approved collaboration in accordance with the QAA UK Quality Code for Higher Education for the Assurance of Academic Quality and Standards in Higher Education as published by the United Kingdom Quality Assurance Agency. The QAA UK Quality Code was developed by the United Kingdom Quality Assurance Agency (QAA).

During their time here at APU, students have a number of different housing choices to choose from. Students have the ability to approach the Student Services section of the Institute with questions about housing services, as well as aid in selecting the best decision and locating the appropriate lodging. In addition, they provide completely managed housing in a number of apartment complexes situated in close proximity to the school. These buildings include Fortune Park and Endah Promenade Condominiums, among others. Students have the option of living in apartments, where they have access to both the cooking facilities and the common space, regardless of whether they want to share a room with a roommate or live alone. Each apartment contains between three and five bedrooms in addition to a living room.

Want to know more about studying at Asia Pacific University? Contact us now for more!

Top Courses to Study at Asia Pacific University in 2023

APU Engineering Degrees are Accredited Professionally by the Board of Engineers Malaysia (BEM) and are therefore recognised internationally under the Washington Accord. Recognition under the Washington Accord allows for APU engineering programmes to be recognised by countries such as Australia, Canada, China, Chinese Taipei, Hong Kong, India, Ireland, Japan, Korea, Malaysia, New Zealand, Pakistan, Peru, Russia, Singapore, Sri Lanka, South Africa, Turkey, the United Kingdom and the United States who are all signatories of the accord.

This allows APU graduates to be recognised in these countries for career opportunities towards achieving Professional/Chartered Engineer status or for further education progression. With this achievement, recognition under the Washington Accord enables APU Engineering graduates to work in any country in the world that is also a signatory to the Accord, without the need to re-qualify.

Actuaries are professionals that are held in very high respect, and they may be found working in a variety of fields, such as life and general insurance, commercial and investment banking, pensions and healthcare, consulting organisations, and the public sector. Actuaries are among the highest-paid professions because of their ability to solve problems, think strategically, and have a profound grasp of risk management. They are also one of the most in-demand professionals across the globe.

This field are widely known, and their purpose is to offer students with a comprehensive grasp of the fundamentals as well as the practice of accounting, finance, and other topics that are related. These programmes have received a high level of accreditation from a variety of professional groups, including ACCA, CIMA, CPA, CTIM, ICAEW, and others. The Bachelor of Arts (Honors) in Accounting and Finance provides an ideal foundation upon which to build a successful professional career in accounting or to continue one’s education in a related field.

The Chartered Financial Analyst (CFA) Institute University Affiliation Program includes APU as a member. This means that at least 70% of the CFA Program Candidate Body of Knowledge (CBOK) is built into their curriculum, and students who have finished their Bachelor in Banking and Finance (Hons) programmes are ready to take the exams that lead to the Chartered Financial Analyst® (CFA®) designation.

How to Apply for PTPTN Loan to Study in Malaysia

Top 5 Private Universities in Malaysia Based on SETARA Ratings

Why Should You Get A Postgraduate Degree in Malaysia?

I am a student at the National University of Malaysia, where now pursuing a degree in business administration with a majoring in marketing. Loves painting, designing, and singing 🙂