The University of Queensland is one of the most well-known university in Australia. Would you love to experience studying in this university? Do not just miss it. Please look more information here.

The University of Queensland

The University of Queensland (UQ) is a research university primarily located in Queensland’s capital city, Brisbane. As one of Australia’s leading universities, UQ is consistently ranked first for business administration, mining engineering and life sciences in Australasia. UQ also admits the majority of its state’s top achievers. The main campus occupies much of the riverside inner suburb of St Lucia, southwest of the Brisbane central business district. Other UQ campuses and facilities are located throughout Queensland, the largest of which are the Gatton campus and the Herston medical school. UQ’s overseas establishments include the Brunei Clinical School and the UQ-Ochsner Clinical School in Louisiana, United States. Founded in 1909 by the state parliament, UQ is one of Australia’s oldest universities colloquially known as a sandstone university. The University of Queensland is a founding member of online higher education consortiumedX, Australia’s research-intensive Group of Eight, and the global Universitas 21 network. The university offers associate, bachelor, master and doctoral degrees through a college, a graduate school and six faculties. Additionally, UQ offers international programs that include the Wharton Global Consulting Practicum and a joint postgraduate law program with Washington University. As Nature index top ranked research university in the southern hemisphere, UQ incorporates over one hundred research institutes and centres, such as the Boeing Research and Technology Australia Centre, the Australian Institute for Bioengineering and Nanotechnology and the UQ Dow Centre. Recent research achievements of the university include pioneering the invention of the HPV vaccine that prevents cervical cancer and the development of high-performance superconducting MRI magnets for portable scanning of human limbs. Two Nobel laureates have been associated with UQ as alumni and staff. Over recent decades, UQ has produced notable alumni across a range of professions, including Nobel laureate in Physiology or Medicine Peter C. Doherty, Triple Crown of Acting winner Geoffrey Rush, triple Grammy Award winner Tim Munro, and the Presidents of General Electric-Europe, Dow Chemical, King’s College London and University of California, San Francisco. 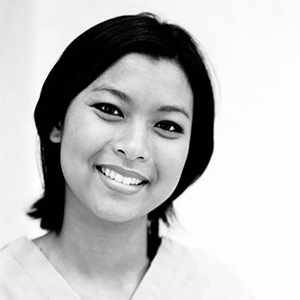 A freelance writer, graduated from Curtin University, specialises in commercial writing, love travel and enjoy walking on the beach, Michelle also feeds on Psychology and will give away just about anything to cuddle with furry felines.