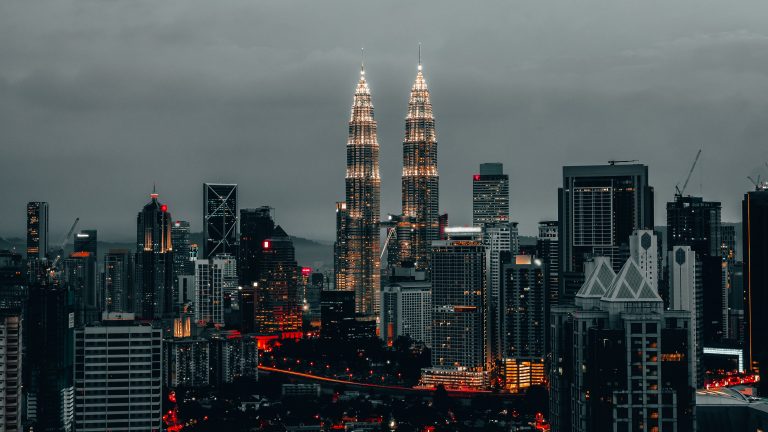 Great! But first, learn more about the amazing country itself.

Malaysia. One of the most vibrant and fast-growing countries in Southeast Asia. It is a federal constitutional monarchy consisting of 13 states and 3 federal territories. The country composed of 2 regions, Peninsular Malaysia and East Malaysia which are separated by the South China Sea. By 2018, the population of Malaysia reaches 31,528,585 (source: WorldBank).

Kuala Lumpur is the capital city of the country. However, the governing federal administrative center is located in Putrajaya.

Since Malaysia is divided into 2 regions, 11 of their states are located in Peninsular Malaysia and 2 of them are located in East Malaysia. On Peninsular Malaysia, they have Johor, Kedah, Kelantan, Melaka, Negeri Sembilan, Pahang, Perak, Perlis, Penang, Selangor and Terengganu. On the other part of the country which is East Malaysia, they have Sabah and Sarawak

Malaysia is a multi-culture country. It is made up of the main ethics group of Malays, as well as large populations of Chinese and Indians. Malaysians celebrate festivals of different communities, giving them opportunity to learn more about other cultures.

Bahasa Melayu is the official national language of Malaysia, but there are many other languages that are used. The Malaysian Chinese, who make up about one-fourth of Malaysia’s population mainly uses Mandarin language with different dialects such as Hokkien or Cantonese. Hindi and Tamil are also commonly used by the Malaysian Indian communities

For English, it is compulsory for Malaysians to learn at school. Most Malaysians use English as their second language. Therefore, there are no worries for foreigners to communicate English effectively with Malaysians.

Located in the tropical of Southeast Asia, the climate in Malaysia is equatorial. The average temperature can vary from 28°C (82°F) to 35°C (95°F) throughout the day. Moonson, which is the rainy season often occurs from November – February, depending on which part of the country.

Why Study in Malaysia? 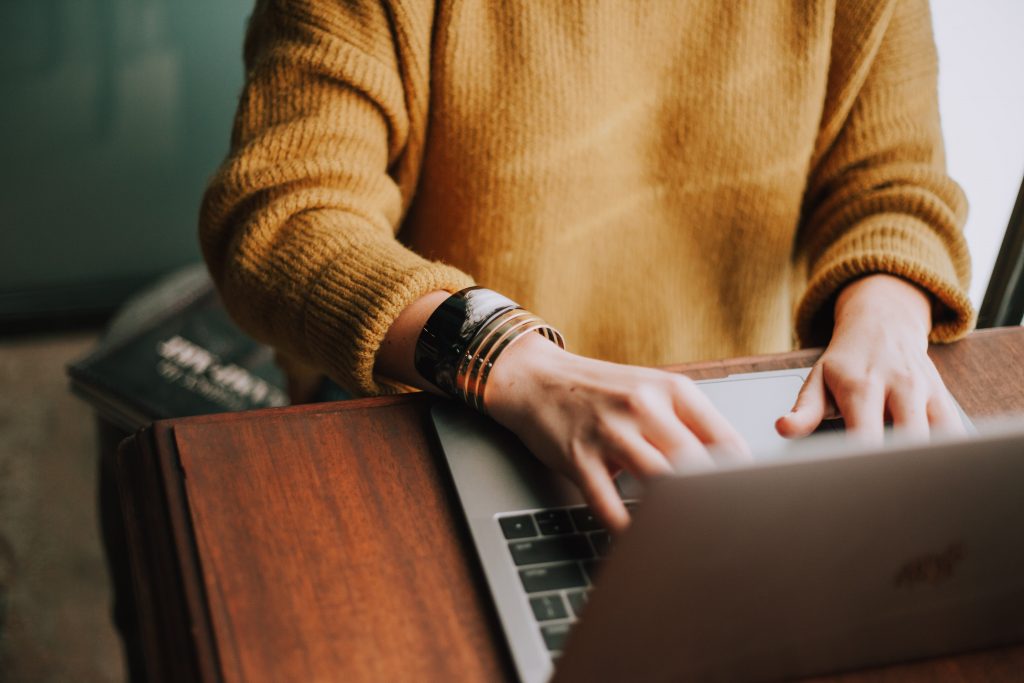 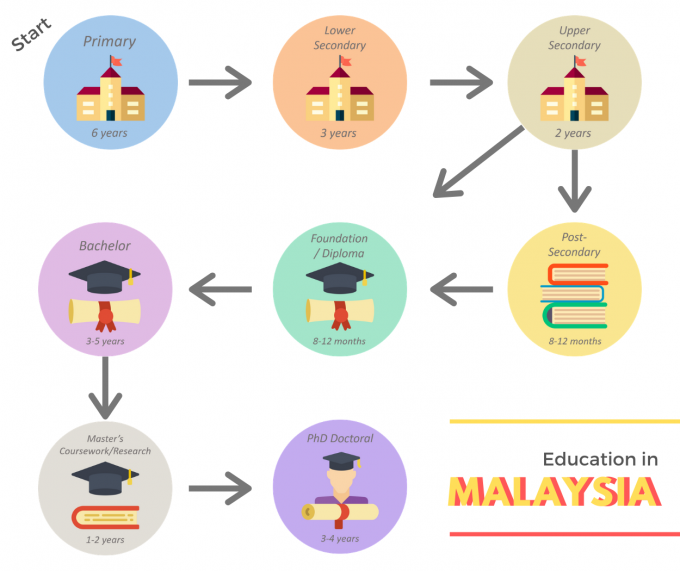 In Malaysia, Primary Education begins at the age of 7 and lasts for 6 years. Those 6 years are divided into 2 parts, level one (satu), which means the 1st-3rd years of their primary school, and level two (dua) which means the 4th-6th year. Before continuing to Secondary Education, year 6th students must face an exam called Ujian Pencapaian Sekolah Rendah (UPSR). UPSR consists of Bahasa Melayu, English, Math, and Science. For Tamil and Chinese schools, there is an additional subject of Tamil or Chinese language.

Foundation/diploma is a pre-university pathway that prepares students before entering their undergraduate. The program usually last from 8-12 months. A common requirement to enter a foundation/diploma degree is by having a Sijil Tinggi Persekolahan Malaysia (STPM) or Unified Examination Certificate (UEC) test score. But usually, the requirement for a diploma is slightly higher than the foundation since it equals to a 1st-year university.

In Malaysia, there are plenty of universities in which 20 of them are public, 48 are private, and 11 university branches across the country that you can choose from. Entering an undergraduate degree allows you to choose the major that suits you the most. The duration of the program can vary from 3-5 years, depending on the subject and the university.

Get in touch with Us